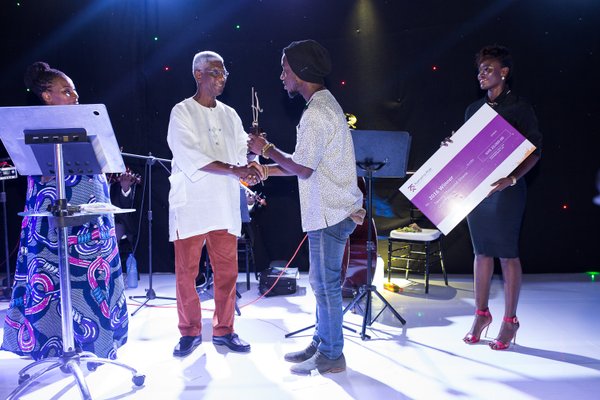 It is a good time for the arts in Ghana. Finally, and organically, Ghana is building its ecosystem for its creative communities (the term industries would be ambitious). It would be too early to call it sustainable and sound but no one can ignore its steady growth.

END_OF_DOCUMENT_TOKEN_TO_BE_REPLACED 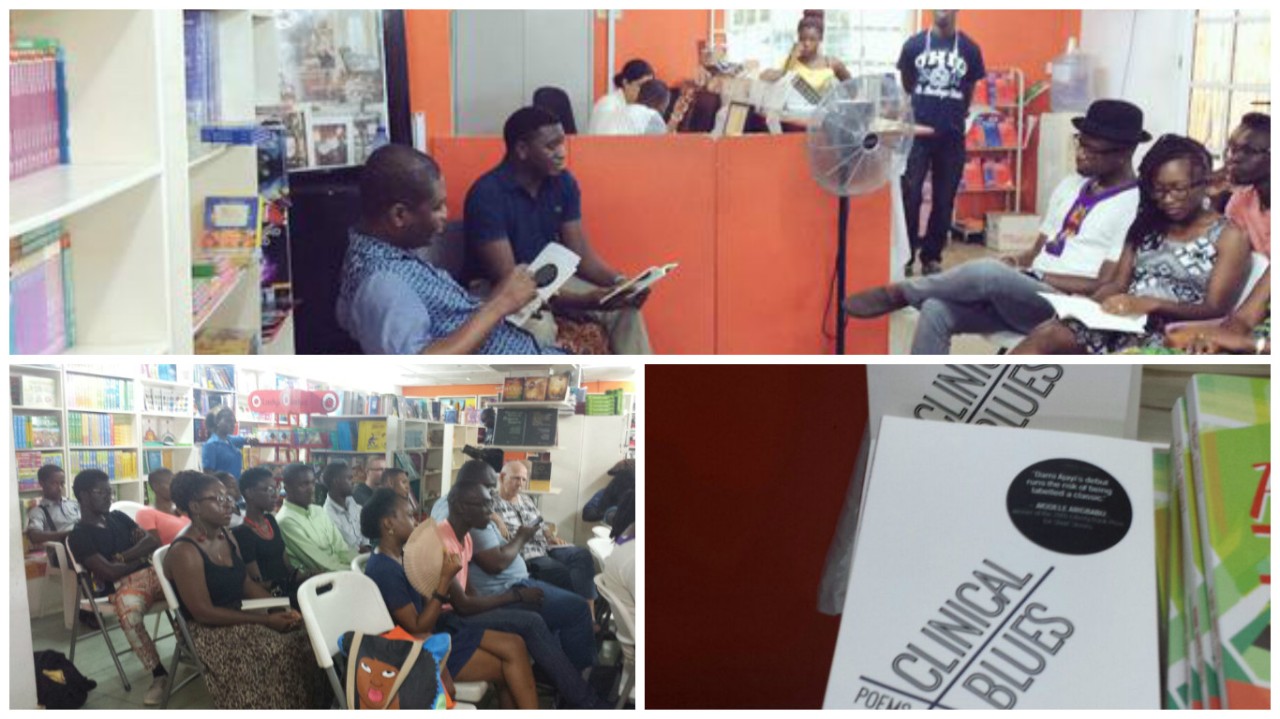 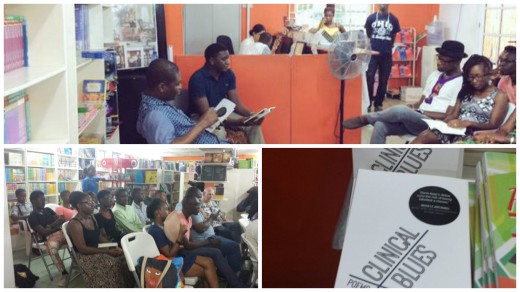 Mid-September in Accra on the usual hot Saturday afternoon. Time for Nigerian writer and intern doctor Dami Ajayi to meet with Ghanaians to decorticate ‘Clinical Blues’ and by extension himself. The Writers Project Ghana along with Zaria Horizons and Vidya Bookstores collaborated for Dami Ajayi’s first reading in Accra.

Before diving into ‘Clinical Blues’, Dami broke the ice by sharing the intimate poem “Tolu”, written a few days earlier and dedicated to a departed friend from Medical School. The audience could sense and relate to the pain, trauma and slow process of mourning read out through “Tolu”, a good prelude to open discussions on pain and the writing process among other very relevant issues.

He explained how “Clinical Blues” was not his first but his second collection of poems stating he had in fact written one and a half books: ‘Daybreak and other poems’  is available for free online while copies of ‘Clinical Blues’ are available at Vidya Bookstores in Accra and/or contact Zaria for more information.

Justifying the use of English rather than Yoruba (there are several dialects falling under the Yoruba language), pointing out the similarities between doctors and writers, presenting his e-magazine Saraba, commenting on the popularity of spoken word and taking us through love-filled poems to harsh, traumatising experiences such as ‘Requiem for an asphyxiated neonate’, Dami introduced works that speak to each one’s humanity and mortality without solely being about ‘blues’, lost hopes or morbidity. Life has its moments of darkness and challenges but all can be enlightened through them and/or thanks to them.

Zaria Horizons which aims at bridging gaps between African artists from all disciplines and audiences, is delighted to announce its first event will consist in inviting the Nigerian writer Dami Ajayi to read its first collection of poems ‘Clinical Blues’ in Accra, Ghana this September 2015. For this reading, Zaria Horizons is partnering with the Writers Project of Ghana and Vidya Bookstore.

Dami Ajayi studied Medicine and Surgery at the Obafemi Awolowo University Ile-Ife Nigeria where he discovered his love for writing. In that time he also co-founded Saraba, an international literary magazine. He is the recipient of many awards that cut cross poetry, non-fiction and fiction. Daybreak, his electronic chapbook, became an underground classic and his first volume of poems, Clinical Blues, was selected by This Is Africa(TIA) has one of the best books in the last five years.

See you next month in Accra. 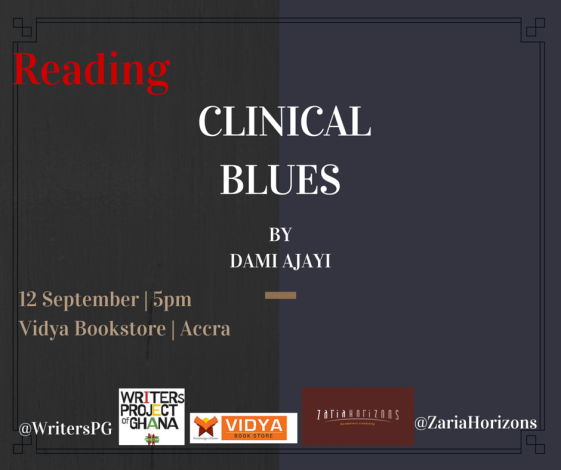 “Museums for what?” “ Our people have a hundred daily urgent preoccupations to cater of before thinking of going to look at paintings” “What is the use of going to museums after being forced to go there as a student anyways?”

The essence and utility of museums has never been so under-appreciated in an era that ironically is fond of capturing everything it sees. Our societies seem to have grown addicted to instant memory than institutional, national emblems in a building.

END_OF_DOCUMENT_TOKEN_TO_BE_REPLACED

It is one question that constantly pops to my mind whenever I am confronted with the lack or total absence of bookstores, libraries, multimedia centers, art galleries and museums in a country’s capital.

Other priorities, art is a luxury, art for what are often the limited answers i receive.

Yet, culture has it’s role to play at so many levels and sectors of a country.

This is what Zaria Horizons will show you, with success stories and case studies

All to reveal that African countries need to start caring and implementing for their culture. Culture will beautifully pay back a nation that invests in her and to some unexpected extents.

Stay tuned for gradual answers to our question.

Because culture matters. Everywhere in the world.

Because a vision and sustainable action plans for culture matters even more.